Education policy history is repeating itself in the Texas Legislature.

Last legislative session, Paul Bettencourt targeted the Harris County Department of Education by filing two bills to abolish it. He came close to succeeding thanks to the help of internal saboteurs on the HCDE board, Larry Sumner and Michael Wolfe. 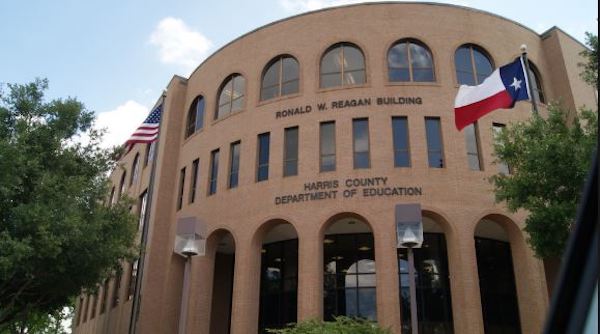 This legislative session, Senator Bettencourt has again filed a bill in at the last possible moment that attempts to abolish the department. This time he has enlisted Valorie Swanson to file a partner bill in the Texas House. The bills- HB4626/SB2312- call for a sunset review of the department scrutinizing the governance, management, and operating structure.

The bill comes less than two months after the HCDE trustees elevated Trustee Josh Flynn to President of the board and voted to cut the department’s representation in Austin, both ominous signs for HCDE’s future. Immediately following that meeting, community advocate Andrea Duhon questioned Trustee Michael Wolfe on what the community would do when Bettencourt cut the programs of HCDE, to which Wolfe insisted “Bettencourt doesn’t have a bill.”

Wolfe- a strong department opponent- is also embroiled in a sexual harassment scandal. As the Houston Chronicle reported in late February, allegations state that he “sexually harassed a female job candidate and spread rumors about her sex life after she twice refused to go on a date with him.” The board is currently having its attorney draw up documents regarding the incident.

Shortly after Bettencourt filing his bills in March of 2017, HCDE Trustee Larry Sumner expressed disappointment when the board attorney explained that an HCDE agenda item calling to “discuss” shutting down the department could not be “voted on” due to how the agenda item was worded. The next meeting, community members packed public comment to defend the programs Sumner, Bettencourt, and Wolfe- a Bettencourt ally- wanted to cut by abolishing the department. Thanks to community pressure, discussions of cuts ceased for the rest of the legislative session.

Will the community and true ed advocates in the House and Senate rally to defend Harris County education funding once more? Head Start, county job training programs, 50% of funding for therapy at Harris County ISDs’ schools, and the fate of more than 1,000 employees and thousands of kids is on the line.

1) Email HCDE Trustees demanding they fight to keep the department open and continue to provide services to the students of Harris County, and reject HB 4626/SB 2312.

You can find their emails here: https://hcde-texas.org/board-trustees/meet-the-board/