Senator Ted Cruz (along with Senators Chuck Grassley and Thom Tillis) penned an Op-Ed for USA Today arguing for modifying the Flores Settlement in order to stop separating immigrant families. Stating that we “shouldn’t have to choose between enforcing immigration law and keeping families together,” the senators argue that the solution is detaining families together indefinitely.

Though they couch cruelty in measured tones, make no mistake about it: what they are actually calling for is permanent family internment camps. The Flores Settlement is the only thing standing in their way. 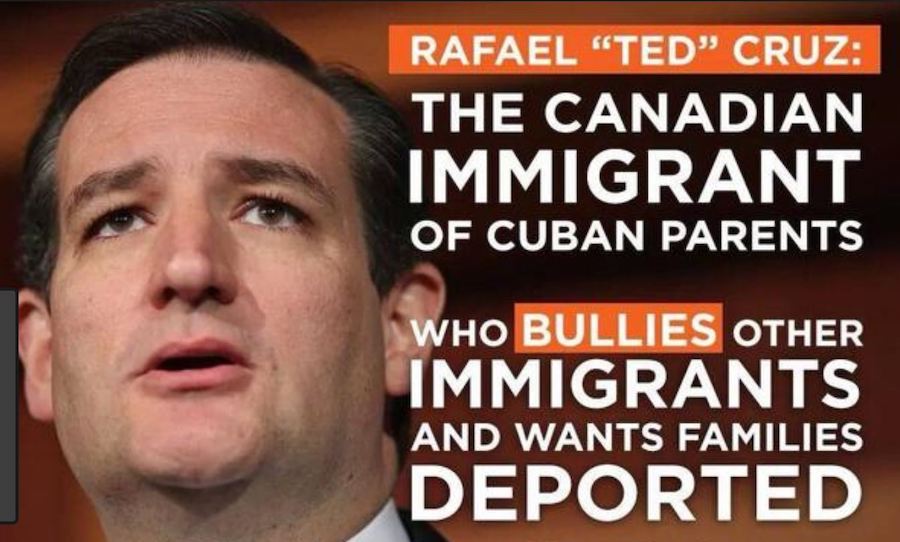 The History of the Flores Settlement

The Flores class action lawsuit was brought to court in the 80s when the Immigration and Naturalization Service (INS) still existed. Minors were being detained indefinitely without special accommodation or child welfare standards to which the facility had to adhere. It could be days, weeks, months until an immigrant child got out of the detainment center; meanwhile, the child would have no schooling, no activities to mitigate the boredom, trauma and isolation. At a motel-turned-detainment facility surrounded by concertina wire, Jenny Flores, the eponymous plaintiff in Reno v. Flores, would often pass the time merely sitting at a drained pool and staring at the concrete.

Flores had an aunt who wanted take her out of the detention facility but the INS refused to grant her custody as a “third-party adult.” The Flores lawsuit argued that minors should be able to be released from detention to the care of an adult (not just their legal guardian, as was the case at the time), as long as the adult proved to be competent and didn’t have a troublesome record. The lawsuit also argued that the government had to improve conditions in the facilities to meet minimum child welfare standards.

In 2015, California judge Dolly M. Gee argued that authorities had “wholly failed” to provide the “safe and sanitary” conditions required for children even in temporary cells. Judge Gee also argued that the settlement should be inclusive of children AND their families. Thus began the “catch and release” practice of the Obama administration.

What the Senators Get Wrong about Flores

In their Op-Ed piece, Senators Cruz, Grassley and Tillis argue that families should not be included in the Flores settlement. Rather, they argue, families should be detained together indefinitely. The senators also argue that Congress should codify the standards we expect our baby jails to uphold so that “no one is treated with any less dignity than they deserve.”

The senators apparently think that the rampant abuses occurring at immigrant detention facilities are simply due to a lack of legislative guidance. Congress hasn’t codified what it means to treat humans with dignity, so how could ICE know that it’s wrong to sexually abuse a 6-year-old? How could they know that forcibly injecting children with drugs is wrong? Human rights abuses apparently need to be spelled out in order to be avoided.

The Senators pretend that the current administration’s hands are tied in terms of enforcing Flores, though this settlement has been open to the interpretations of multiple administrations, all of whom either decided that separating families would be cruel or, at least, decided against separating families because of the inevitable PR nightmare it would create for them. The Trump Administration is the first to embrace cruelty with such gusto.

Though it’s true that the Obama administration saw a huge influx of migrant families, which resulted in a record number of deportations, there was never a policy of mass separation of families. Though the senators pretend that Flores created a catch-22 scenario for the administration, making it choose between enforcing immigration law and keeping families together, separating families at the border was always the plan.

In March 2017, John Kelly proposed separating families “in order to deter” illegal immigration. Though public backlash caused President Trump to initially abandon the idea (at least publicly), Stephen Miller never let it go. It later became policy, though the administration denied that it was a policy. When it became undeniable, Trump decided to blame Democrats.

What the Senators Get Right

Between the justifications of cruelty, the Senators’ Op-Ed also call for hiring more immigration judges to process the high volume of immigration cases that the Trump administration’s zero tolerance policy created. This suggestion has bipartisan support. However, Trump has pushed back against calls from Democrats and Republicans to hire 5,000 or 6,000 more immigration judges at the border to handle the massive backlog.

If these senators want to hire more judges, they should talk to their brave and fearless leader—who still wants his wall.

Call both senators and your representative using the numbers below and say:

I’m calling today to tell {PERSON} to oppose any efforts to jail immigrant families.The family separation crisis was created by Trump, and he bears responsibility for fixing the crisis. Congress cannot enable the Trump administration’s ultimate agenda of creating jails for immigrant families.

I urge {PERSON} to vote no on any legislation that would create or fund immigrant family jails, including changing the Flores Settlement to detain families indefinitely.”

Any number below can be used by any constituent.

If you are not sure who your rep is, search here.