Several months ago, we wrote about the proposed baby jail location on Emancipation Avenue, a site that has been fought by the City of Houston and the Houston community. In October, child detention profiteers Southwest Key and millionaire CEO Juan Sanchez sued the City of Houston for more than $8 million in damages, claiming lost revenue based on political targeting. The City’s case is that Southwest Key has simply failed to procure the proper permits, a case supported by protesters at an action of civil disobedience in front of the center in August. After several months in limbo, several new developments have unfolded. 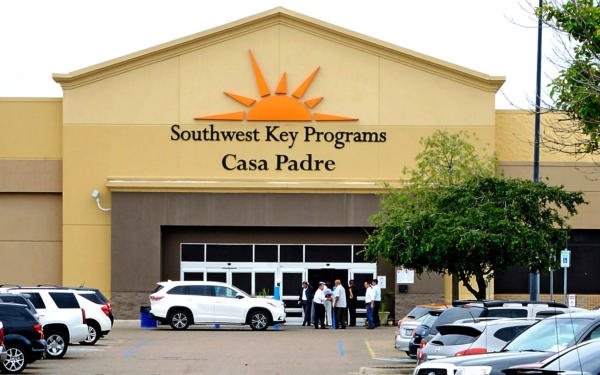 First, Southwest Key has hired not only high-priced lawyers but also a high-priced communications team, headed by none other than former Clinton White House aide Jeff Eller. In the past, Eller has handled Firestone’s PR during its blowout scandal and the GM ignition recall. He also handled an anti-transit campaign in Nashville earlier this year that was a focal point of Koch Brothers-connected dark money interests. Eller has been steadily dropping spin into newspapers in the form of written quotes. In late October, Southwest Key claims the City of Houston walked away from a settlement discussion, a negotiation the City of Houston claims was confidential and that Southwest Key would have to comply with the permitting process. Shortly after, Southwest Key asked ORR for a time extension on its $3.3 million agreement. ORR granted Southwest Key an extension that will run out in late December.

In spite of hiring Eller, Southwest Key’s questionable management practices have come to light thanks to in-depth investigation and public protest. Recently, Southwest Key called for an “internal review” after a New York Times piece from earlier this month revealed extremely suspicious financial dealings: “Southwest Key has created a web of for-profit companies — construction, maintenance, food services and even a florist — that has funneled money back to the charity through high management fees and helps it circumvent government limits on executive pay.

The organization, sitting on $61 million in cash as of last fall, has lent millions of dollars to real estate developers, acting more like a bank than a traditional charity. It has opted to rent shelters rather than buy them, an unusual practice that has proved lucrative for shelter owners — who include Mr. Sanchez and the charity’s chief financial officer.

Marcus Owens, the former head of tax-exempt organizations for the Internal Revenue Service under both Republican and Democratic administrations, reviewed Southwest Key’s tax returns for The New York Times. Regulators, he said, seemed to be “asleep at the switch.” Describing the financial dealings of Mr. Sanchez and his colleagues, he said, “I think the word is ‘profiteering.’”