After lambasting his opposition with the false accusation that they were holding political fundraisers during the Administration’s government shutdown, John Cornyn planned to do a little fundraising of his own. According to documents released on Twitter by Dave Levinthal of the Center for Public Integrity, Senator Cornyn was scheduled to hold a political fundraiser tomorrow in Houston for embattled colleague Susan Collins in an attempt to preserve his party’s political majority in the Senate in the upcoming 2020 Elections. 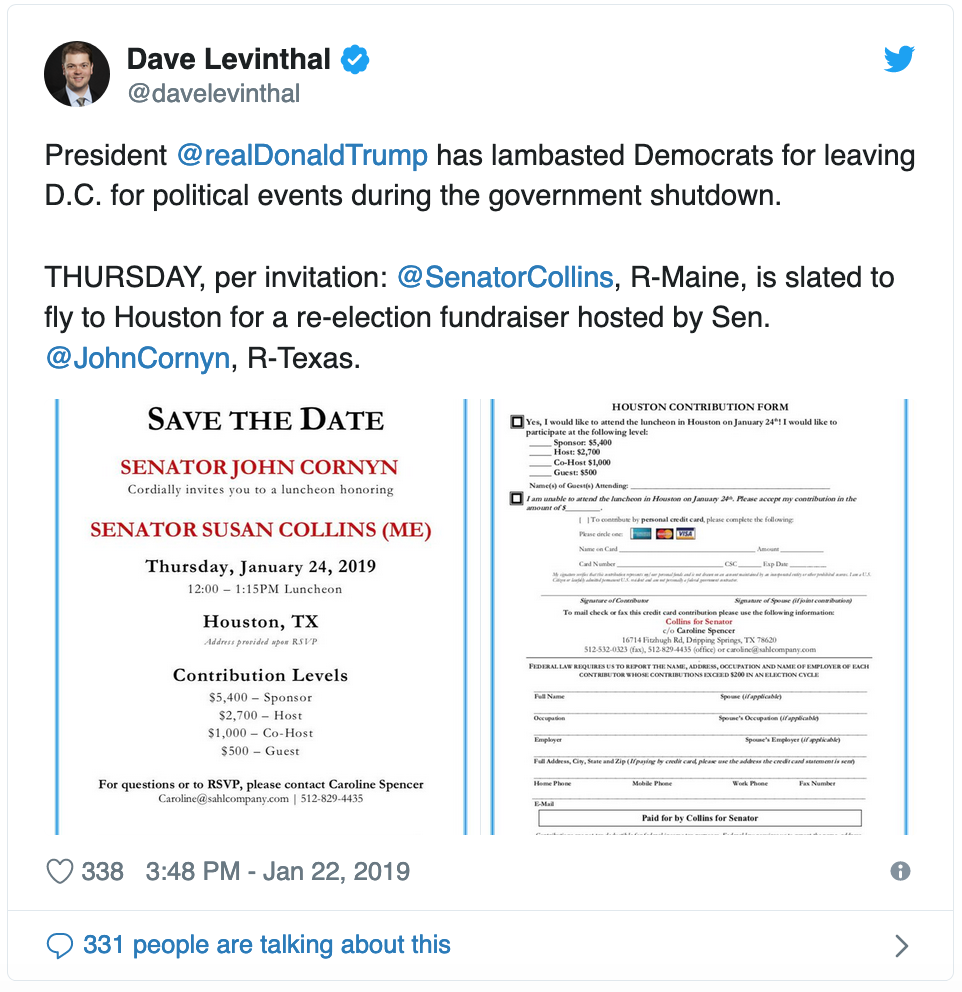