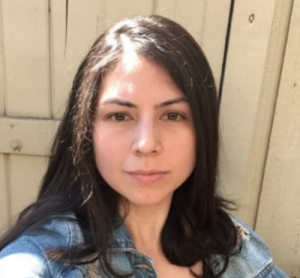 A lot of Texas lawmakers take for granted that the essential nature of Texas is conservative, and they’ve believed it so long, the idea is fraying.

Yes, conservative voters have been outnumbering progressives at the polls in Texas for the past two or three decades. But the notion that progressives aren’t authentic Texans goes too far. We don’t believe it anymore when our electeds bring up tiring-as-hell tropes about coastals and barbecue-hating cultural outsiders—all while taking plenty of out-of-state donations themselves—every time they face genuine, forceful criticism from those they answer to. No, you don’t have to be from the dreaded California to have a major problem with the direction we’re headed under the current Texas delegation in Congress and under Trump.

Some regard Texas’s 4.7 million Trump voters and 3.9 million Clinton voters, or the sizable Republican turnout to the Texas primaries this past spring, as the latest confirmation that the state isn’t shifting anytime soon—but that is not the same as an absence of a powerful progressive undercurrent. In fact, these numbers are evidence of it. Are millions of left-leaning voters in Texas somehow not real Texans? Do they not deserve leaders who consider them a meaningful part of the population? Yet, a little under half of Texas is at odds with two-thirds of their representatives in the U.S. House and Texas legislature, representatives who seem not to believe that progressive Texans even exist.

And a voting plurality isn’t all that Texas progressives can claim. Plenty of left leaning policies enjoy Texans’ majority support. Sixty-four percent of Texans want Medicaid expansion, and 54% said the federal government should ensure all Americans have healthcare coverage. Fifty-five percent of Texans polled by the Texas Medical Center support a “Medicare for All” approach to health insurance. (It is worth remembering that Medicare and Medicaid were championed and finally signed into law by a president from Texas.) Fifty-one percent of Texans think gun control laws should be more strict, and 53% said that insufficient gun control is at least partly to blame for school shootings. Fifty-seven percent oppose family separations at the border, and throngs stepped forward throughout the state for the Keep Families Together protests this summer.

These are not the views of interlopers out of touch with their neighbors, but of Texans looking out for their neighbors. The imperative that we take care of each other was, after all, the message of #HoustonStrong after Harvey. These are not the views of a horde of invaders who all just got here, but people invested enough in their communities to want to actually invest in them. The belief that we are fundamentally beholden to one another is held by Texans who’ve lived here for generations as well as by immigrants. These values, too, are Texas. Variety and breadth, of landscapes and perspectives, is as Texas as it gets.

Statewide electeds would understand all this if they listened to us. But they don’t. The best shot a Texas constituent has at an interaction with a Republican member of Congress these days is usually a strip of curb outside an unoccupied office or closed-door meeting masquerading as an open conversation, in place of a townhall open to all constituents. Even the real townhalls don’t seem to get our concerns across. At Representative John Culberson’s townhall in March 2017, an auditorium of the most engaged, ID-proven residents of the 7th district made known their resounding support of the Affordable Care Act and their desire to improve the law rather than trash it . . . only to see Culberson turn around and vote for repeal a month and a half later, then vote to strike the individual mandate and weaken protections for pre-existing conditions as part of the tax bill later the same year. In kind, Texas’s Ken Paxton leads the charge among attorneys general currently suing to end those protections.

Or maybe our representatives would catch on to the true diversity of viewpoints among us if Texas weren’t dead last in the nation on eligible voter turnout, if our voting laws were less restrictive, and if our congressional districts were anywhere close to fairly drawn. The gap between our representatives and the state’s actual population has only widened as the nation’s minority party entrenches itself in Texas and in Washington.

The conservative Texas caricature—and Texans’ half earnest, half in-on-the-joke embrace of it—is not only a disservice to the true character of a complex, majority-“minority” region, it’s a hole in our armor. A cowboy costume that’s easy to put on is easy to exploit. Just look at 2016:

The webpage was that of a group called Heart of Texas. Its content was pro-secession, hard-right, rabidly white nationalist and nativist, rarely accurate, and all about how great Texas is. It was also one of numerous social media accounts run by Russians to interfere with U.S. politics. The page reeled in a quarter of a million followers by stoking prejudice wrapped in Texas flags and bluebonnets. It proceeded to orchestrate a real-life armed rally at a mosque in downtown Houston.

While conservative Texas lawmakers are in fact real people, there’s a similar show being put on, and the frontier gear is wearing thin. As Ted Cruz sends increasingly weird cultural signals about Whataburger and tofu in order to demonstrate he’s the most Texan Texan in his race against Beto, we can cringe but also take heart: what an impoverished idea of what Texas is about. Is that all they’ve got?

There are no ideological requirements for being a real Texan, and that’s why the real Texas is big enough for all of us and good enough to grow to something even better.